back to The Gridworks Blog 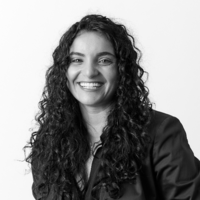 Manal is a Partner at Caliber Strategies, a boutique consulting firm focused on bringing disruptive energy technologies to market. Previously, Manal co-founded and was Senior Vice President of Policy and Markets for AMS, a leading distributed energy storage and software company. She served as Director of Government Affairs for NextEra Energy/Florida, Power & Light—the country’s largest clean energy company. Prior to this, she served as renewable energy advisor to both California Governors Brown and Schwarzenegger. Manal jointly coordinated California’s effort to bring the state closer to its goal of providing at least 33% of electricity from renewables and worked to streamline permitting for tens of billions in in-state investment and ultimately 16,000 megawatts of electricity. In addition, she helped lay the foundation for Governor Brown’s energy program to develop 12,000 megawatts of distributed power in California. Prior to this, Manal served as California’s Assistant Secretary for International Trade, Special Assistant to First Lady Maria Shriver and as an Executive Fellow in the Office of the Governor. Manal holds a Masters Degree in Public Administration from the University of Southern California and a degree in Biology from CSU San Marcos.