The Building Decarbonization Coalition is organizing a core group of building decarbonization enthusiasts to lead a building electrification rate design strategy. This post is the last of a three-part series aiming to raise the profile of how electric rate design impacts a customer looking to decarbonize their home or business. The first two posts covered the essentials of rate design and options and tradeoffs in a decarbonized future.  In this last post, we cover equity considerations in rate design. 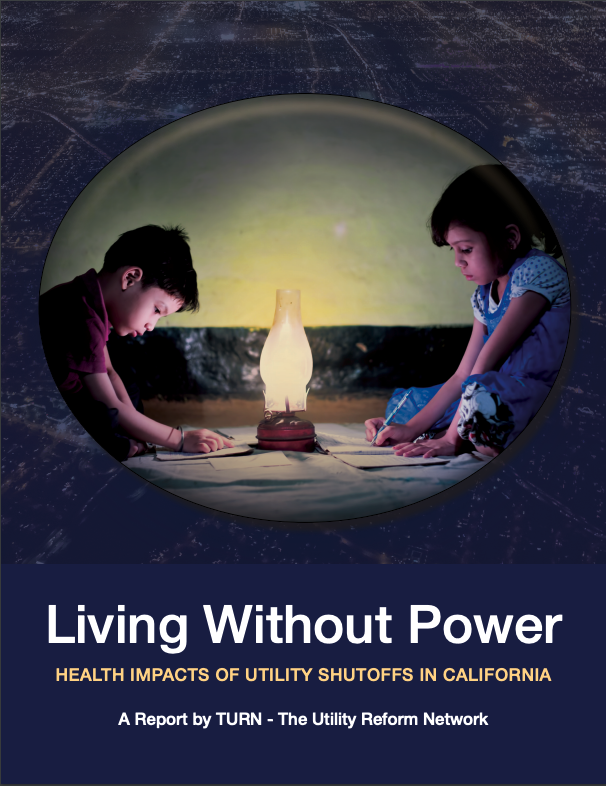 As many of us in California have discovered to our dismay in recent days, electricity is not just another product or service that consumers purchase at their discretion—it is a necessity of modern life, without which it is nearly impossible to function in anything resembling a normal fashion.  But Public Safety Power Shutoffs (PSPS) aside, many Californians struggle to maintain access to this basic need. In its 2018 report entitled “Living Without Power: Health Impacts of Utility Shutoffs in California” The Utility Reform Network (TURN) reported that in 2017 over 800,000 households in California had their electricity or gas service shut off by investor-owned utilities, impacting 2.5 million people, many of whom were children.  One in three California households struggle to meet basic cost of living needs, which may not fully reflect the extraordinarily high cost of living in this state.  It is impossible to meaningfully discuss the utility rates in California without acknowledging this reality.

Background on Ratemaking for Low Income Customers in California

California public policy has long recognized the challenge of supplying low income customers with affordable power to meet their basic needs.  In 1975, the Legislature, in adopting lifeline (now baseline) rates, found and declared as follows:

That legislation was the origin of today’s increasing tier rate structure, which will cease to become the standard residential rate design for most customers once default Time-of-Use (TOU) rates are implemented over the next couple of years.  (A primer on these developments can be reviewed in the first and second parts of this series).

Customers whose gross household income is less than 200% of the federal poverty level are eligible for the California Alternative Rates for Energy (CARE) rate discount, which reduces their bills by 30-35% compared to the standard residential rate.  In addition, the Family Electric Rates Assistance (FERA) program provides an 18% discount to households with three or more members and incomes that fall within 200-250% of the federal poverty level.  Despite significant participation in the CARE program, however, service disconnections continue at an alarmingly high rate.

Since the CPUC began to flatten the steeply inverted tiers as part of its Residential Rate Reform initiative beginning in 2015, in preparation for the transition to default TOU, PG&E’s baseline rate on the standard tariff has increased by 42% in less than five years.  The baseline rate for CARE customers has increased by 37.5% over that same period. These increases have undoubtedly resulted in increased hardships for families across the state.

The relationship between energy usage and household income has been a hotly debated topic at the CPUC and elsewhere in recent years.  According to the 2009 California Residential Appliance Saturation Study conducted by KEMA, households on average used 6,296 kilowatt-hours (kWh) of electricity in the state (525 kWh per month), a 6% percent increase from 2003 (KEMA, 2010).  According to this study, electricity as well as natural gas use increases with income level in the state, as shown in Figure I. 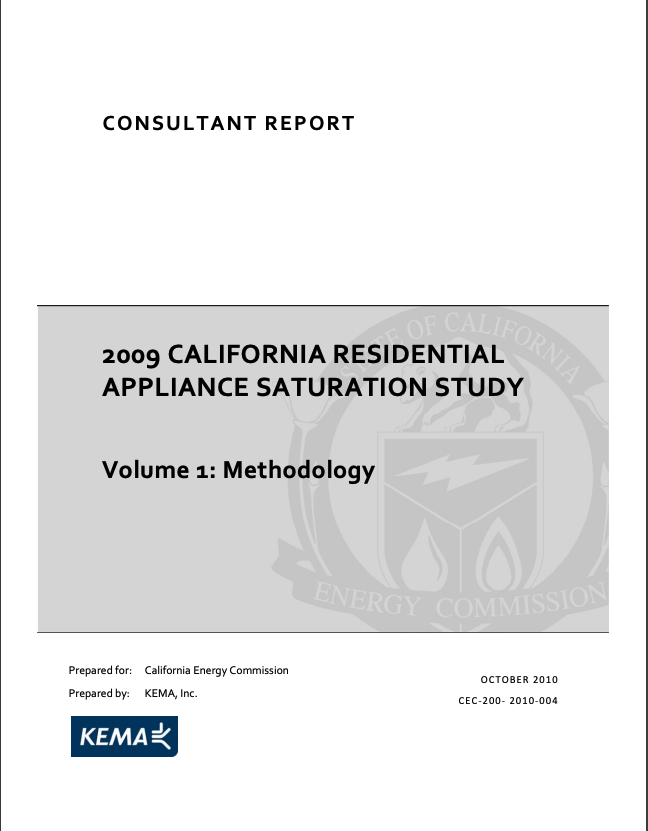 While the correlation between income and usage is certainly not perfect, it seems clear that many low income customers have been harmed by tier flattening and relatively few have benefited.  The impending shift to default TOU has caused considerable anxiety for those who advocate for low income consumers, who fear that lack of English language fluency, time, education and/or lifestyle flexibility will make it difficult for disadvantaged customers to adjust their usage patterns in response to time-based price signals.  In a recent evaluation of the Statewide Opt-in Time-of-Use Pricing Pilot, CARE/FERA customers had lower average percent and absolute peak period load reductions in the summer period compared with non-CARE/FERA customers.  This pattern was typically, although not universally, true at PG&E and SDG&E for all rates and climate regions; SCE had a different result for some rates and climate regions.  The smaller load reductions by CARE/FERA customers could be due to greater difficulty by CARE/FERA customers in reducing or shifting loads given that these customers are less likely to be informed about or able to afford technologies that would assist them in adapting.  While customers will be able to switch back to the tiered rate structure if they do not like default TOU, historically most customers end up staying on the default rate regardless.

In response to these concerns, the CPUC decided that the default TOU rate structure should feature mild TOU period rate differentials and contain a baseline credit, so that small users will not lose the benefit of the tiered rate structure entirely.  The Commission is still considering whether to adopt a fixed monthly charge, which raises the bills of small users and tends to benefit larger users, in place of the current minimum monthly bill, which impacts relatively few customers.

What does all of this mean for advocates of building and transportation electrification, who will generally favor wider TOU rate differentials and lower volumetric rates, particularly in off-peak periods?  These newer end uses, the result of switching to electricity from more polluting fuels, will increase electric consumption but also benefit the climate and air quality at the same time. How can rates be designed to encourage electrification without harming low income and other small users? 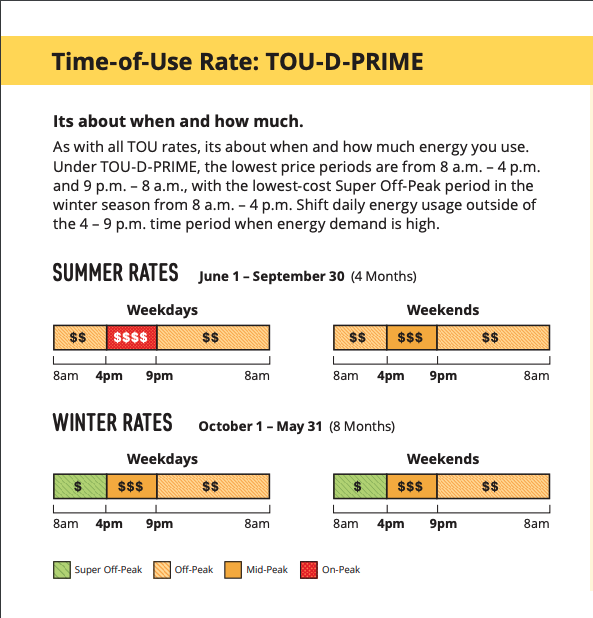 One answer that the CPUC has already embraced is to provide optional TOU tariffs for customers who might prefer them, with larger time-based rate differentials, more pricing periods, potentially higher fixed monthly charges, and in some cases no baseline credit.  All of these features would tend to benefit building electrification customers who are ready and willing to shift their usage to lower cost times, including any low income customers who might be able to take advantage of them.  But the concern of consumer advocates is that large users may migrate to these optional rates not because they are willing and able to shift their usage, but solely because the lower volumetric rates in these options will provide them with a lower bill.  Absent real load shifting, such migration will result in a revenue loss that will have to be made up by others in the residential class, including low income consumers.

Southern California Edison’s TOU-Prime rate option attempts to address these concerns by largely limiting access to that tariff to customers who have electric vehicles, heat pumps or electricity storage devices that are prime candidates for  shifting away load from the higher-priced time periods. Nonetheless, the consideration of this tariff proposal at the CPUC resulted in a lower fixed monthly charge than was initially proposed, and a requirement that the utility track the revenue losses resulting from the alternative rate structure.  Consumer advocates can be expected to closely monitor the experience under this rate to ensure that negative impacts on small users are not the ultimate result.

Building and transportation electrification have the potential to increase demand on the electric system and spread fixed infrastructure costs over a larger volume of sales, lowering rates below what they would otherwise be for all customers across the board.  But designing rates to encourage such an outcome will not be easy.  Low income customers, particularly those who limit their consumption to only modestly above their baseline allowances, potentially have a lot to lose if tariffs designed to promote electrification are not carefully constructed to discourage “free riders” who could take advantage of such rates only to reduce their own bills, without providing any benefits to the larger system in the process.

These circumstances place a premium on educating and enabling low income and other disadvantaged consumers to take advantage of the new rates and electrified technologies and providing them with “another way to save” besides just reducing their consumption.  While the CPUC has initiated an education campaign around the shift to default TOU, most low income consumers are likely to require more support if they are to participate fully in the transition. This could include free installation of appliance controls to avoid peak period usage or subsidies to convert existing end uses to electricity.  Higher baseline allowances for electric heat customers and the CARE/FERA discounts will help, but the full success of electrification efforts is likely to require initiatives and programs designed to include low income customers and ensure that they share in the benefits.